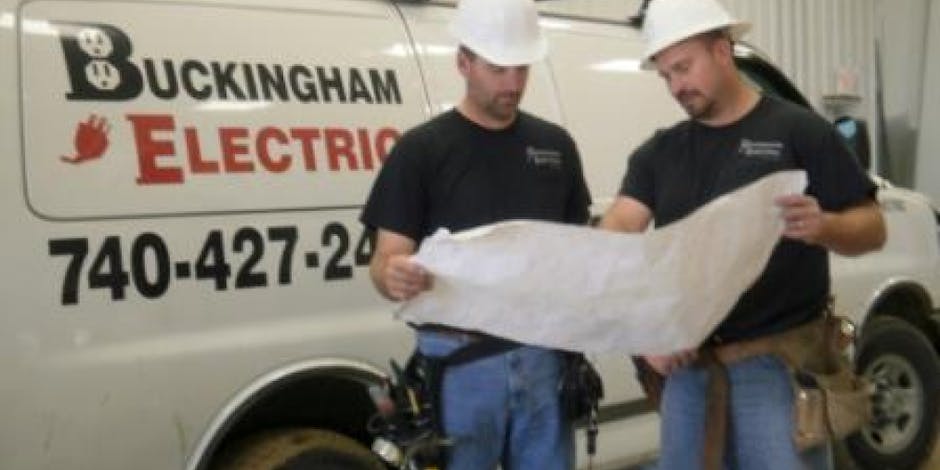 At Buckingham Electric in Ohio, owner Dustin Buckingham and wife Amy were tired of agonizing over the payroll.

Dustin says “For hours I heard Amy’s sighs and groans of disgust while working on payroll. Timesheets were hard to read. Job numbers didn’t match. Times were wrong since techs waited until the end of the week to fill them out. Timesheets were handed in at the last minute, leaving little time to do payroll.

“After transitioning to ClockShark, we now resolve time card issues quickly while the jobs are still fresh in the minds of our employees. Job tracking is easy, and if we go over budget on hours, ClockShark lets me know.”

Dustin was able to start using ClockShark without purchasing any equipment since his employees already own smartphones. He says his employees’ initial concerns about using electronic time tracking quickly went away. He added, “ClockShark does not drain their smartphone batteries and uses almost no data from their data plans. Not only has it been a godsend for Amy, but it is better for the employee.”

Dustin uses the GPSTrak™ feature in ClockShark to keep an eye on employee’s locations. He invoices customers using reports he prints from the software. He says, “ I now have confidence that my employees are on the job and getting paid for the actual hours worked. Cash flow has improved since we can invoice sooner.

Clocking in is very simple for the employee. The software was easy to implement and had no real startup cost. ClockShark is one of the most affordable options on the market. It is now mandatory for employees, just like hand tools.”