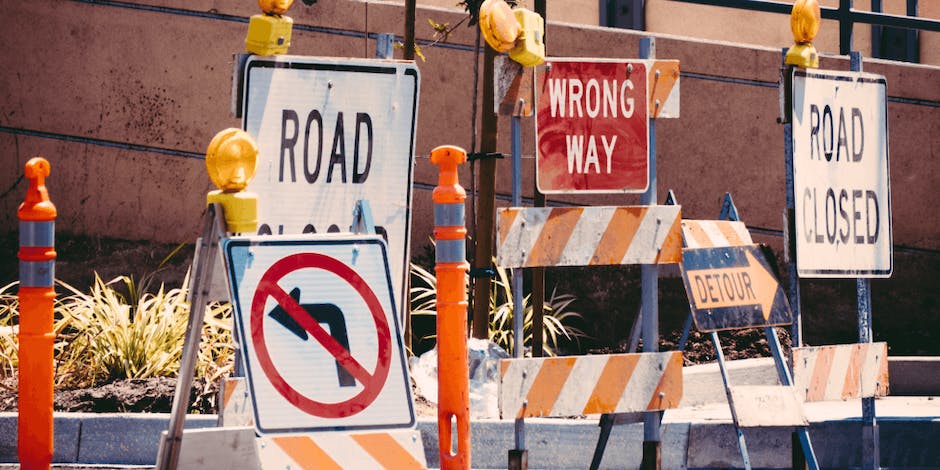 Unfortunately because of a shortage of experienced Project Managers, we have people managing projects who don’t have the knowledge and experience to know better. However, even this shouldn’t be an excuse for some construction mistakes because a little thought should have told them what they were doing was wrong. Often though, these basic errors are caused when experienced Project Managers rush into their projects forgetting the basics, or simply because they were over-eager or under pressure to get the project underway.

Don’t let these construction mistakes trip your project up

1. Starting work without an agreed and signed a contract in place

A contract is there to protect both the contractor and the customer. It sets out both parties’ obligations and rights. It stipulates what the contractor must deliver and by when. It also stipulates the frequency and timing of the customer’s payments. Yet, some contractors start work on a project without a signed contract in place. Sometimes they have a letter from the customer telling them to proceed with the work.

2. Starting the project before all the permits, registrations and authorities are in place

These could include environmental approvals, licenses, building permits, plan approvals, and road closures. We’ve all heard of cases of construction starting only for the city authorities to stop work because the building plans haven’t been approved. In many cases, it’s the customer’s duty to apply for these permits and approvals.

Contractors often assume the customer has received all the regulatory permissions and even if they haven’t that they’ll be paid for their team to stand should the work be stopped. Unfortunately, contractors aren’t always able to recover all of their standing and disruption costs. Furthermore, the construction team becomes frustrated with the lost time and it’s often difficult to get the team fully motivated and at full production immediately the project is allowed to restart.

3. Failing to have insurances in place before starting

Often insurance policies are only valid for a year so you should note when policies need to be renewed so they don‘t lapse partway through the project. Also, notify insurers of any major changes that occur during the project which may impact the insurance policy or guarantee.

4. Not locating the existing services and utility lines before beginning to excavate

Many customers joke that if they want to locate the service lines such as power and water then they only need to let a contractor start excavating and they’ll immediately dig up a power cable or water line. Of course, this really isn’t a joke. It can be dangerous, especially if a gas pipe or electrical cable is broken. It disrupts construction work and probably impacts neighbors who could be without power or water while the problem is fixed. It’s usually expensive to repair – particularly if it’s a fiber optic cable. But it’s not just about knowing where the service lines are, it’s about clearly marking their positions and communicating to the team where they are, and what the risks and implications are of breaking them.

I can’t tell you how often we’ve cut through known services on a project because people either didn’t know they were there, they forgot they were there or were just plain careless.

5. Not planning the project properly before starting construction

I can relate endless stories of contractors having to relocate their sheds and huts partway through the project because they were placed in the wrong position at the start. Many a time we have cranes on the project which can’t lift the weights required or are too short for the task – usually resulting in extra costs and on occasion even causing accidents. Then there are projects that are under-resourced or even over resourced, or that plainly haven’t selected the best construction methodology. A day or two spent in planning the project at the start will save costs and disruptions later.

6. Not putting in place a project kickoff

7. Failing to get instructions in writing

8. Trying to be the nice guy and not submitting claims

So often Project Managers are reluctant to submit change order requests because they are frightened of upsetting the customer or they believe things will work out for the good at the end of the project and the customer will look after them. If you have cause to submit a delay claim or an extra cost submit it as soon as possible. I don’t think I have had ever had a project where we didn’t submit a claim for extra work.

In most cases, these claims were accepted and in some cases, the project almost doubled in value. Yet, we invariably completed further projects for the same customer and there were never any ill feelings. Besides which, customers hate surprises later in the project when the contractor nears the end and finally realizes they are in trouble and then presents dozens of claims to the customer, many of which should have been submitted months earlier. If you have a rightful claim submit it, you can always be a mister nice guy later and withdraw it.

9. Not planning the installation of services to start with the deepest first

I’m sure we have all experienced city roads that are newly resurfaced and then another contractor comes along and digs the new road up to lay a water main. Unfortunately in construction the same thing sometimes happens. One contractor buries an electrical cable and then another has to install a pipe below the cable. Coordinate the installation of all the services so the deepest go in first and where possible even use common excavations so the project site is disrupted once, instead of multiple times.

10. Selecting subcontractors and suppliers simply because they are the cheapest

I can’t tell you how many ‘cheap’ subcontractors and suppliers have become very expensive over the course of a project. They either couldn’t deliver the quality product in the required time (which resulted in delays, disruption, and extra costs) or there were additional costs added for items that they had excluded in their price (items that other contractors and suppliers may have included in their price). It pays to perform a proper adjudication of all quotes to ensure you are comparing ‘apples with apples’, ‘like with like’.

In addition ensure that the chosen supplier or contractor has the ability to deliver a quality product, safely and on time. Time spent on adjudicating quotes properly is time well spent.

Be smart about your construction mistakes

Now I’m sure many would say these errors are elementary and they wouldn’t make them. Yet, it’s sometimes surprising the stupid construction mistakes we all make when we are rushed. So, make sure your team doesn’t make these construction mistakes. By being a little smarter, remembering to do the basics right, we can save ourselves a whole lot of trouble later.