How to Deal With Construction Inconveniences on Your Project? 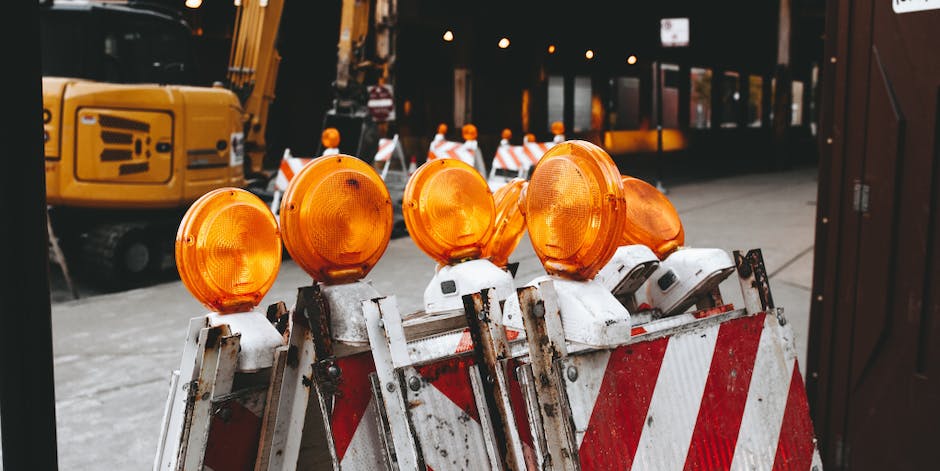 A few months back my wife was away for a couple of weeks visiting her mother. I had a few maintenance items to sort out around the house and needed tools and various items from the tool cupboard in the garage.

Indeed, the couple of minutes it would have taken to repark the car would have been less time than I lost working around the awkward access to get the tools I needed.

You might laugh at my stupidity, but I’m sure that everyone has had a similar situation. We’ve all put off fixing the light that’s not working or repairing the door handle that’s falling off, or fixing a sticking door or jamming window – even when these repair jobs would probably only take a few minutes, maybe ten minutes at max. Instead, we live with the problem for days, weeks and even months. Where the problem is irritating us daily, possibly costing us a minute every time we have to fumble in the darkness or wrestle with the sticky door, where we have to slam the door to get it closed, which eventually starts cracking the door frame and damaging the paintwork.

Often the cost of the repair and the time to fix the damage caused by not fixing the item straight away becomes far larger – making it even less likely that we’re going to fix it soon! What are we waiting for, all the lights to blow and the house to fall down?

Of course, it’s the same on many of our construction projects. The material is stacked in walkways and rubbish is allowed to accumulate where people work. Everyone has to step around and over the mess. There could be several workers walking the route every day and they all lose a few seconds, even a minute, working around the problem. Then there’s the safety risk, somebody could trip and fall. There’s also a chance that the stacked material could topple or fall over and be damaged. Yet, it’s too much trouble to tidy the area. But the ten to twenty minutes that it would take one worker to tidy the walkway and work area is far less time than is lost over a week by all the people having to negotiate the obstacles.

If you look around on your construction projects this analogy is repeated several times over. Indeed many could start with their desk, office, and filing systems. A good sort out and tidy up might take a Saturday morning, but it will save you countless lost minutes every day searching for misplaced documents and missing papers. But, there’s more than just the time lost, there’s also the risk that an important item will be missed or overlooked in the chaos.

Then if we look at our project stores and material storage areas I wonder what we will encounter? Are they tidy and well planned, where tools and materials aren’t being damaged and can easily be found? Or, are things just dumped in an untidy heap? Is anybody interested in tidying things?

But, it doesn’t stop there! How are the crews working? Do they have the right construction equipment, or are they making do with equipment that’s not quite right for the job? Maybe battling with tools that are blunt or underpowered? How much time and money is that costing? There’s also the risk that the equipment is damaged, or worse, that there’s an accident. Isn’t it better to rather have the right piece of equipment, and sharpen blunt items or replace them with new sharper blades? It might take a few minutes to organize and cost extra money, but, this will almost certainly be less than the time and money saved by using the right item.

Unfortunately, it seems to be human nature to work around a problem, rather than fixing it correctly. Often when we do try and fix it we do half a job, a patch job, just to get things moving again. We always make the excuse that we’re too busy and don’t have the time.

Is it just because we are lazy? Maybe it’s because we like to tell ourselves that we’re busy? Yet, common-sense (which doesn’t always seem to be that common) should tell us that living with the problem and construction inconveniences costs far more time and money than fixing the problem would. That, anyway, fixing the problem often doesn’t take that long. But, furthermore fixing the issue now, will remove construction inconveniences, it will improve safety and it will often prevent an item from being further damaged.

Get out onto your projects and see what the irritations are. Where are the stumbling blocks? How can productivity be improved? You might be surprised at how effective it could be to stop the crew an hour early today and get them tidying up the project site and storage areas. The crew will be more productive tomorrow. Take a couple of hours to sort your paperwork and tidy your office. Not only will you be more productive tomorrow, but it will feel like a weight has been lifted when you’ve done something that you’ve been putting off for weeks.

Learn to do things properly. If something is in the way, move it. If you don’t have the right equipment or materials, get them. Learn to remove obstacles and impediments, rather than working around them.

Have you, or your crew, attempted to work around an obstacle only for it to cause a bigger problem?

Does your team regularly take shortcuts, which aren’t really shortcuts and cost more time and money than they thought they were saving?

How will you effectively deal with construction inconveniences on your project?

Paul Netscher
Paul Netscher is an experienced construction professional who managed over 120 projects in 6 countries over 28 years. Paul writes for the ClockShark blog and is the author of five books on construction project management.
http://www.pn-projectmanagement.com
Save Time and Money with ClockShark
Thank you! Your submission has been received!
Oops! Something went wrong while submitting the form.