How Weather Can Impact Your Construction Business Schedule 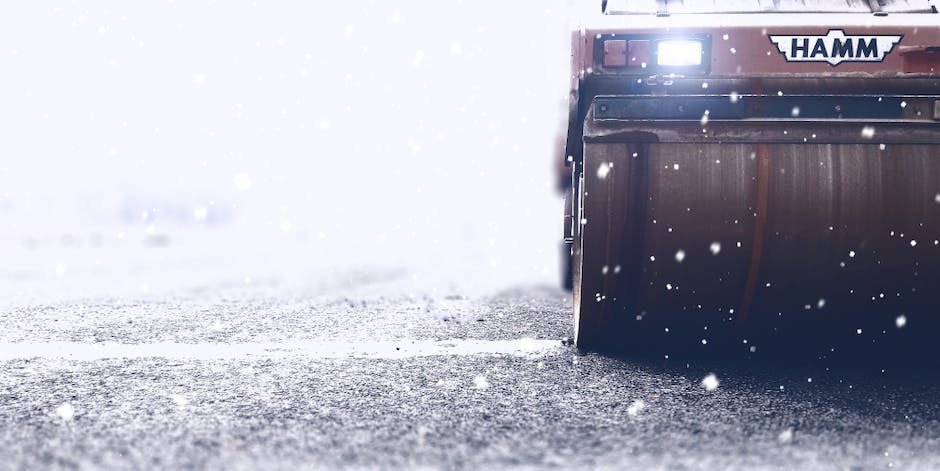 Every construction company — and many other types of business as well — know that weather can wreak havoc with schedules. The common wisdom is that the best course of action is simply to make the best of it and go on. If yours is the type of business that is weather-dependent, however, that can be difficult when temperatures hit record-breaking lows, icy roads make travel dangerous or impossible, winds reach the dangerous category and rain falls in buckets without letup.

Construction contracts notably have weather contingency clauses that can be used in case of delays, but documentation requirements are stringent, and even minor delays can cause major scheduling dilemmas.

That started us thinking about downtime — but not only in terms of weather. How would a mandatory shutdown affect morale? More importantly, perhaps, how would a mandatory vacation policy, with everyone — or at least, certain classes of employees — absent at the same time, affect business operations?

And, finally, what if such a shutdown could be timed to occur during the worst of the weather? Could a total shutdown contribute to less stress, fewer accidents and higher efficiency for the rest of the year?

Exploring the Pros and Cons

Although few American companies operate on a schedule that gives everyone time off at the same time, it is a relatively common practice in some parts of the world, and it is not unheard-of in this country. Some companies have adopted week-long shutdowns during the week between Christmas and New Year’s Day, and they point to employee health benefits, along with other advantages. The practice is not yet widespread, but the last week in December is frequently termed a holiday slump, with lowered productivity, and higher employee absence in any case. In some cases, shutting down completely is an easy decision.

Options in some businesses include operating on an altered construction business schedule or with a skeleton crew, neither of which achieves maximum efficiency. The firms that close view the time off as a year-end bonus for employees, noting that it’s cost-effective as well.

Reaction — from both management and the rank and file — at such firms is almost universally positive.

The benefits are varied. They include:

Trying to maintain full operation with a skeleton crew is difficult, and operating on a reduced-hour construction business schedule has an additional ripple effect across the associated business. It’s a time that’s notoriously difficult to maintain peak performance. The case for closing that last week of December is a good one. It’s not likely to become a universal practice, but an increasing number of businesses are exploring the idea.

But can the same logic be applied to build a case for shutting down because of historically bad weather — be it during December, in February, or at the height of August heat or monsoon season?

Even the U.S. Postal Service, despite the oft-repeated claim about delivering in all types of weather, will suspend delivery when conditions become too severe. Construction-related contracts invariably incorporate weather clauses that allow for scheduling delays, and even delivery services give date and time ranges rather than stating a firm delivery deadline. Emergency crews are among the select few that must respond to calls despite the weather.

However, can the same data be used to forecast, in advance, the most common periods of downtime in order to schedule a complete shutdown? Reasonable historical evidence as well as past experience in certain locales, suggests that may not be the case.

There is a distinct difference between scheduling that allows for weather-related lost time and devising a schedule that builds in a company-wide shutdown. What might be the long-term benefits of an annual hiatus? Is the weather predictable enough in some areas to allow a construction company the luxury of such a shutdown? And would employees accept the idea of company-wide vacation time during seasonal “bad weather?”

Perhaps the subject bears some further research. Closing field operations might have additional benefits, allowing for vehicle and equipment servicing and repair or for extensive inventory review and update. A working break would save energy at physical facilities, vehicle fuel, wear and tear on equipment, overhead costs, and might conceivably reduce illness, accidents, and injuries.

The rub comes in determining the optimal time for a timed shutdown. In many parts of the country, the most severe weather is at times other than the holiday week in December, and with current weather patterns, there may be no way to forecast the coldest weeks, the heaviest rains or destructive winds.

A compromise might be to schedule a shutdown during the historical “worst weather week” in a specific locale. Rather than eliminating weather-related delays, it might simply rejuvenate and engage your company’s workforce.

The practice of universal time off is, of course, most clearly in the field of education. Schools, except in rare situations, stand idle — with no students, staff or support personnel — several times each year. Mom and Pop operations are also notably more prone to “closing the doors” at certain times of the year, sometimes just on a whim.

Because there is a “clear correlation” between vacation time and job performance, numerous companies now seek to rethink their vacation policies, stressing the need for balance and the desirability of “unplugging.”

The problem is that, for many workers, taking vacation time is nearly as stressful as being on the job. A large percentage of workers put in additional hours prior to taking time off, and worry about the probability of being overloaded once they return. In addition, as many as 80 percent admit to keeping in touch via smartphone while they’re on vacation.

LinkedIn was one of the first global business enterprises to buy into the idea of the benefits of company-wide closings. The firm instituted a two-week December shut down several years ago and has also put into effect a one-week closure around the Fourth of July. Nina McQueen, who oversees LinkedIn’s benefits and employee experience teams, explains why. She has held similar positions with other tech companies and is fully aware of the “need to unplug” in a fast-paced business world.

Technology has become a double-edged sword in many ways. In addition to providing greater efficiencies on the job site and better communication between workers and the home office, that connectedness is increasingly burdensome for employees and management personnel attempting to live normal lives. Finding the balance, as McQueen notes, is imperative.

As you look at your employee scheduling app for new jobs in 2018, it may be a worthwhile exercise to consider the benefits of downtime; maybe the writing is on the wall, pointing to a more effective, more loyal, more productive future.