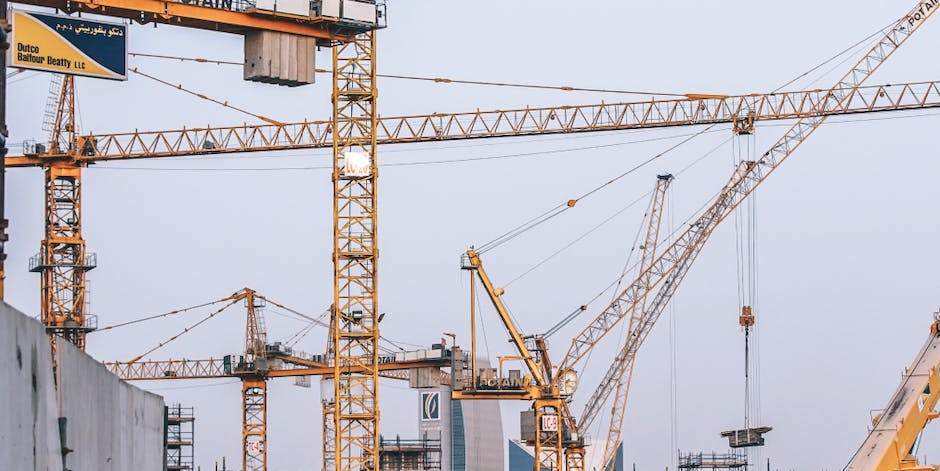 The other day I was watching a mobile crane lifting items from a truck onto the roof of a 3-story building. Now nothing unusual with this, except the operator sat in a cab which could be raised up to a height where he was actually level with the roof. He could see exactly where the load was being placed in the middle of the roof. He wasn’t dependent on someone talking to him on radio or standing on the edge of the roof guiding him with hand signals. When he collected the load from the truck he was looking down into the truck and could clearly see the load.

This same company had an extensive fleet of earth-moving equipment and had kept meticulous records of the maintenance and finance costs of the items. They carried out various studies relating to the purchase price of new equipment, plus the cost of repairs and maintenance of the item over time and taking into account the resale value of the item when the company sold and replaced it. Now the cost of the repairs and maintenance increased the older the item was, and the resale value decreased the more hours the machine worked.

Often management becomes involved with the repairs, which takes their time away from other tasks. I have known supervisors that have spent hours wrestling with a machine to get it repaired while their team has been left unsupervised. Certainly, management has to arrange repairs and replacement machines which take time from their other duties.

As mentioned at the start of the article new equipment comes with new improved features that enhance the ergonomics of the machine. It could mean that the machine is more comfortable and easier to operate which results in the operator being less fatigued – which helps productivity and is better for our employees’ health. Often efficiency and speed are enhanced which means the item can produce more and the productivity is better. Fuel efficiency is better which reduces costs. Sometimes maintenance costs are less.

A company’s equipment is an advertisement for it. Equipment with logos is often what the public sees. An older piece of equipment, leaking oil and belching smoke isn’t a good look for any company. Some of our clients complimented us on the new equipment we were using, even when these items weren’t ours, but were rented. Equipment that looks new, appears modern and is well looked after creates an impression that the company is professional and can be relied on.

Older equipment can leak oil and when hydraulic hoses break there is often a major spill that must be cleaned up. Older equipment is often noisier and belches smoke which is detrimental to workers as well as neighbors and the public. As mentioned earlier older equipment often uses more fuel.