What is a Liquidated Damages Clause?

If you’re responsible for negotiating contract terms at your construction company, you should never let a liquidated damages clause slip under your radar.

Because it’s one of the most misunderstood provisions in a construction contract. And since it’s easy to misunderstand, it’s also easy to misuse—or worse, fall prey to others who misuse it.

So in this article, you’ll learn what liquidated damages are, how they’re meant to be used, how to tell if they’ve been calculated fairly, and how to know when--or if--they’re enforceable. So you can negotiate these clauses like the pro you are.

What are liquidated damages?

Liquidated damages are the estimated monetary losses that an owner will suffer if a contractor delivers a construction project late.

And there’s a reason liquidated damages are always tied to construction delays.

It’s because losses can only be considered liquidated damages if they’re hard to assess at the time the contract is signed. And losses associated with construction delays will almost always fit the bill.

Here are some examples to illustrate this better:

Assume a real estate investor signs a contract with a remodeling company. The remodeler’s job is to get a run-down house ready to flip.

The investor and the remodeler agree to an early Spring completion date but the remodeler doesn’t deliver the project until late Fall.

A similar thing happens when a contractor delivers an apartment complex late. The owner of the complex won’t be able to deliver housing to tenants, and the tenants can then dissolve their leases, costing the owner revenue.

In both these instances, the owners suffer real monetary losses, but it’s hard to determine the exact dollar amount ahead of time. So the losses qualify as liquidated damages and they can be included in a liquidated damages clause.

However, just because these losses can be counted as liquidated damages, doesn’t mean construction companies should blindly trust an owner’s damage estimate.

It’s important to know how they’re calculated, and if they’re being calculated fairly. 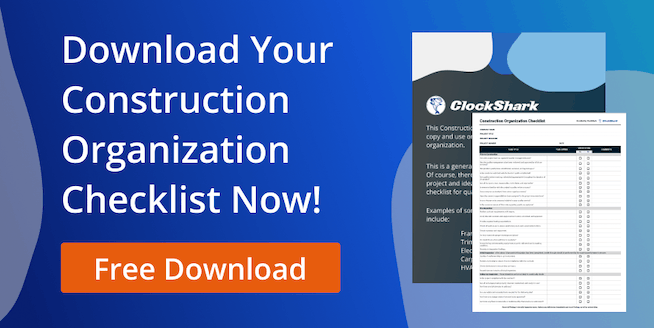 How are liquidated damages calculated?

“In the event of delay to the project for which Contractor is responsible, Contractor shall pay Liquidated Damages to the Owner at a rate of $850.00 per calendar day.”

This means that for every day the contractor is late, the owner will subtract $850.00 from the remainder of the project price.

It’s never reasonable to let these provisions run for an indefinite amount of time. To ensure these calculations don’t go overboard, specify an end date or include a price cap.

Here’s an example of a price cap in a liquidated damages clause:

“Contractor’s maximum liability to Owner for Delay Liquidated Damages is *** U.S. Dollars (U.S.$***), in the aggregate.”

There’s something else you need to know so you can ensure a liquidated damages clause is being used fairly:

There’s a Difference Between Liquidated Damages and Penalties

This is often where owners get confused about how these clauses work.

Since they’re calculated on a per day basis, owners can mistake liquidated damages for late fees. But that is NOT what they are. Liquidated damages are meant to serve as a way to recover real losses. They were never intended to be a form of punishment.

In fact, if owners use these clauses for the sole purpose of penalizing a contractor’s tardiness, the courts will not count them as liquidated damages. Instead, they will define them as a penalty.

If that happens, the court won’t enforce the clause.

A liquidated damages clause has to meet four criteria to be enforceable.

We’ve touched on the first three criteria already, so now let’s look at an example of the fourth.

In a Texas Supreme Court case, TXU Portfolio Management claimed FPL Energy owed them $29 million in liquidated damages. But the cost of their actual damages at the time of the breached contract was only $6 million.

So the court ruled that the liquidated damages clause was not enforceable.

Why Include a Liquidated Damages Clause?

It’s easy to understand why an owner would want to include a liquidated damages clause. For them, it’s a practical way to share delay risks.

But what’s in it for construction companies?

For one thing, agreeing to a damage clause ahead of time allows contractors to budget for delays. For another, it gives them a way to settle out of court when they can’t deliver a project on time. And not only does that save time and litigation costs, it can also keep working relationships healthy.

When misused, a liquidated damages clause can expose contractors to unfair penalties. And it can be the very clause they end up going to court over.

But when applied correctly, a liquidated damages clause can save contractors from ugly litigation battles and set fair compensation for their clients if they miss a deadline.

Of course, keeping construction projects organized is a big part of delivering projects on time and avoiding liquidated damages altogether.

If you’d like some help keeping the projects you manage organized, download this construction organization checklist and start managing projects more smoothly.